The Sinh Ton valley is full of green trees, and especially various systems of caves such as Thuy Cung cave, and Thung Tre cave with natural and unspoiled scenery, which is very ideal for tourists who love to explore caves. 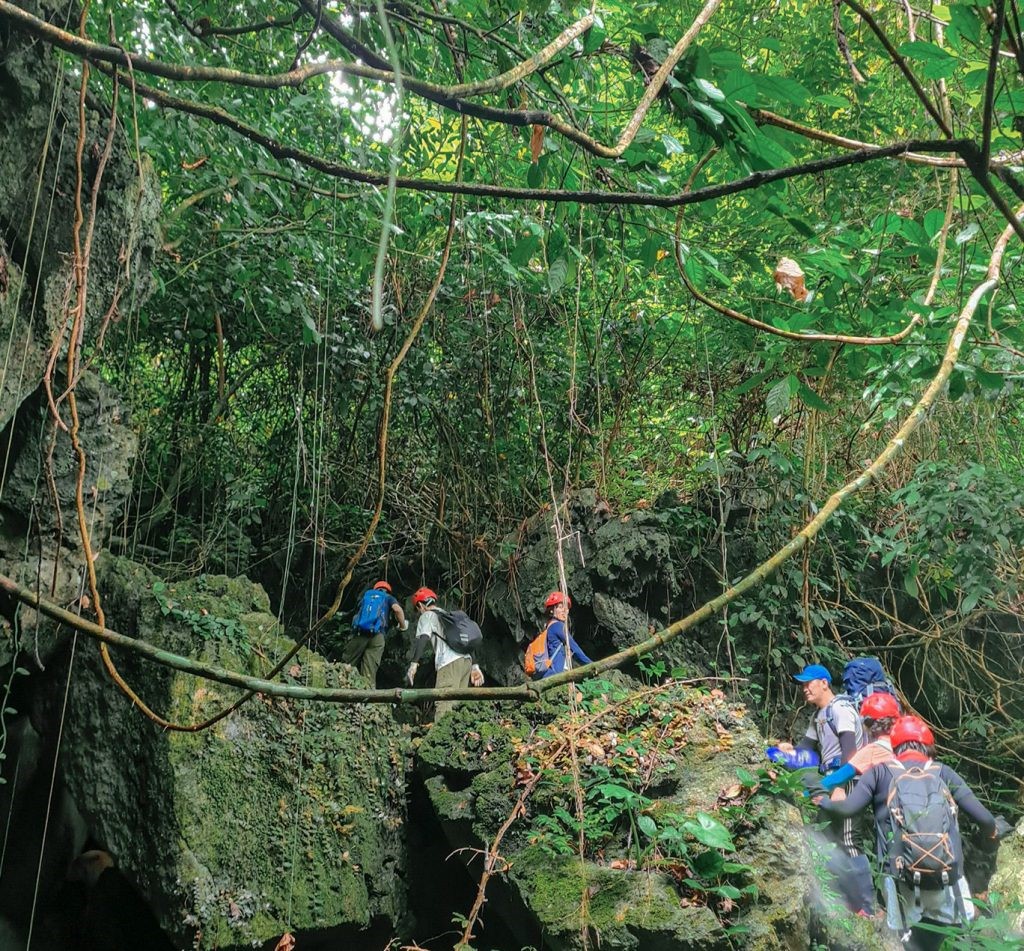 Continuing with the journey, visitors will be taken by car to the Km10 – West branch of Ho Chi Minh road. Then, visitors will walk through the immense grass hills to the ancient forest of Dau Rai, cross the sky gate, and upstream Tien stream to discover the 500m depth of Nuoc Lan cave, which is the back door of Dark cave.

View from In the distance, Nuoc Lan cave is like the wine jar of the ancestors in the past, it is surrounded by groves growing from the rocky mountains.

In front of the cave entrance are large rocks covered with green moss, like a teapot to protect the cave door from the rainy seasons?

The gentle green color of the forest trees mixed with the limestone color of the cave, which is hiding many things to discover. 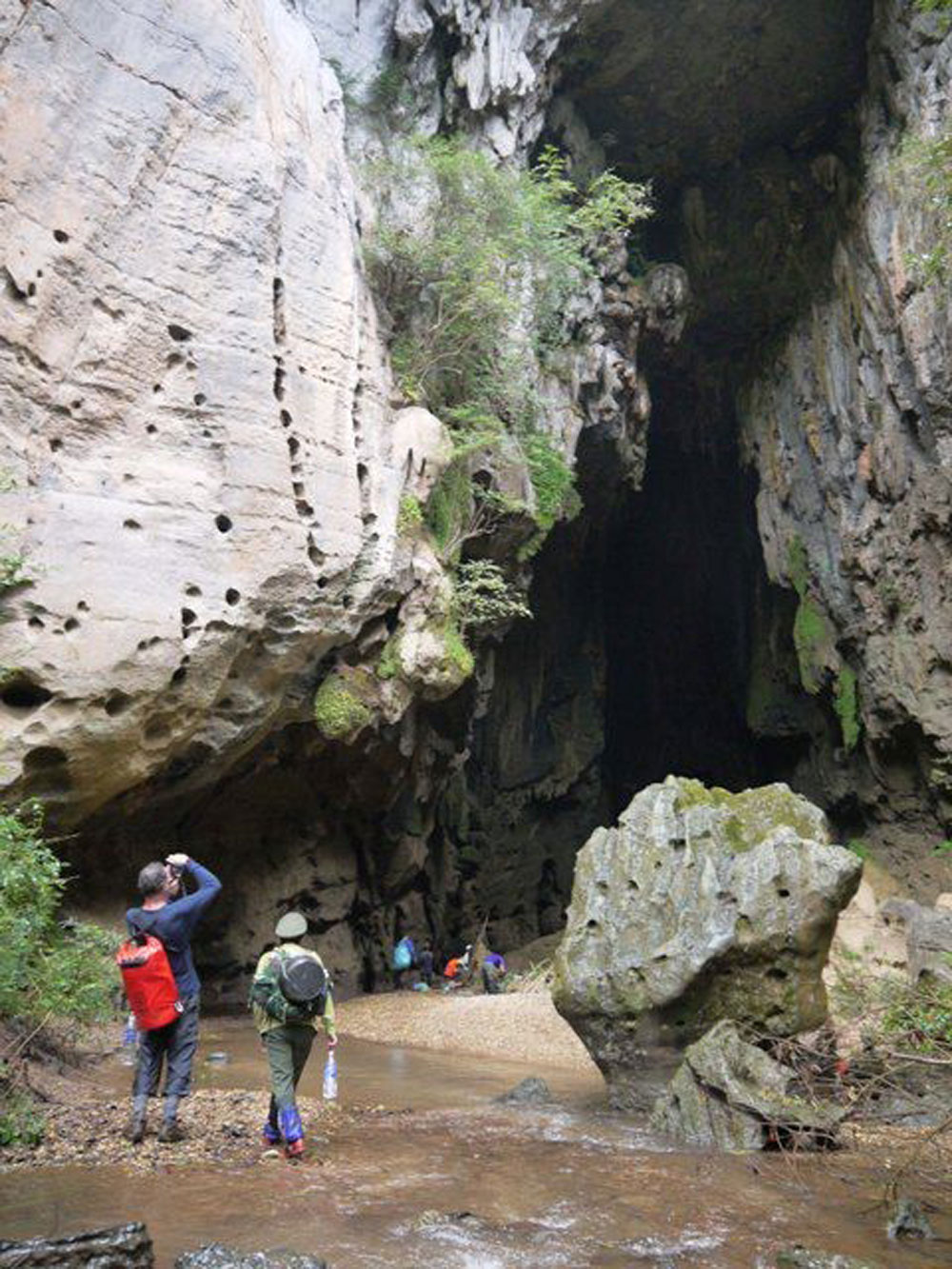 The special feature of Nuoc Lan cave is that the ceiling of the cave is made of black limestone, but it is more surprising when the stalactites flowing down from the ceiling are pristine white.

Beneath the underground water, there are interlaced, rugged rocks that attract the delegation to explore deeply.

Besides, on the sand in the cave is forming new stalactites from drops of water falling from the ceiling of the cave… 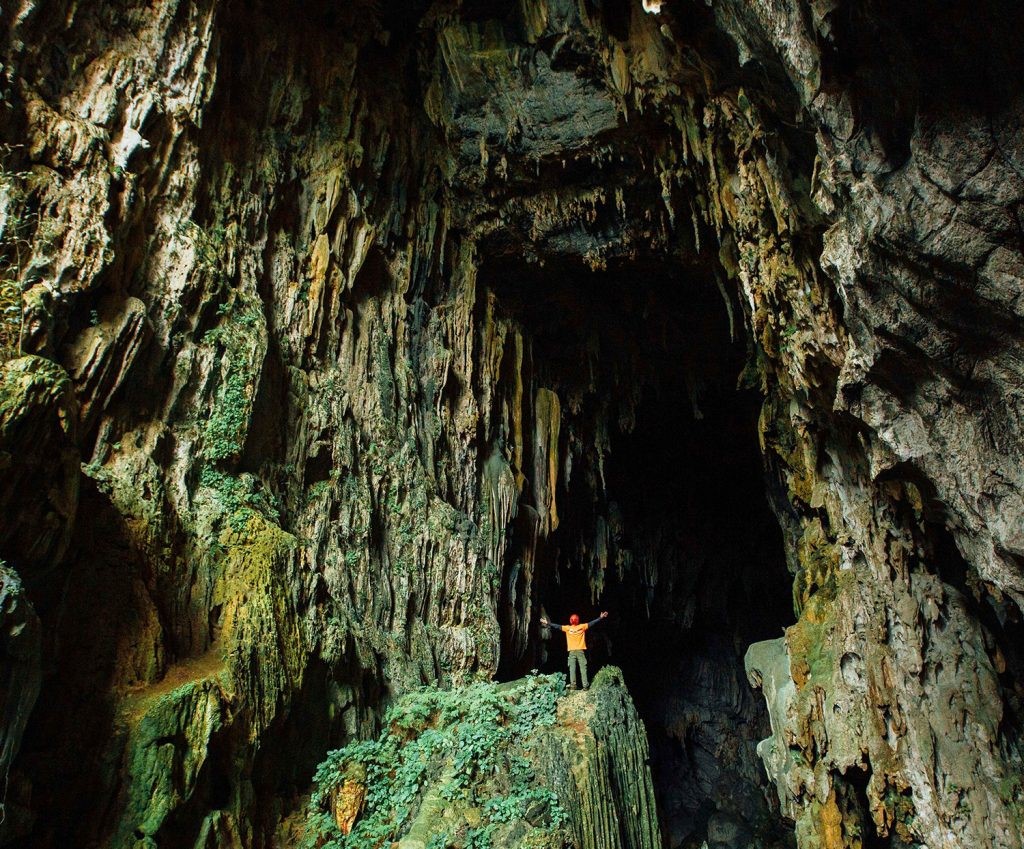 Continue, visitors will go between the primeval forest to the Sinh Ton valley, which is surrounded by extremely spectacular limestone mountains.

Sinh Ton Valley was formerly known as Thung Tre Valley because it grew a lot of bamboos, cork, and umbrella trees that helped people in collecting bamboo shoots.

The Sinh Ton valley has an area of ​​about 2,000 hectares, which is a convergence of many terrains, from limestone mountains, non-kart terrain, flat land, and caves to underground streams, and primeval forests.

More special, Sinh Ton valley is a hiding place of biological diversity, is the kingdom of many bird species, including many species recorded in the Red Book of Vietnam such as blue pheasant, hung heron, wild persimmon. ….

It is an opportunity for visitors to understand more about the biodiversity values of the world natural heritage forest Phong Nha – Ke Bang National Park. 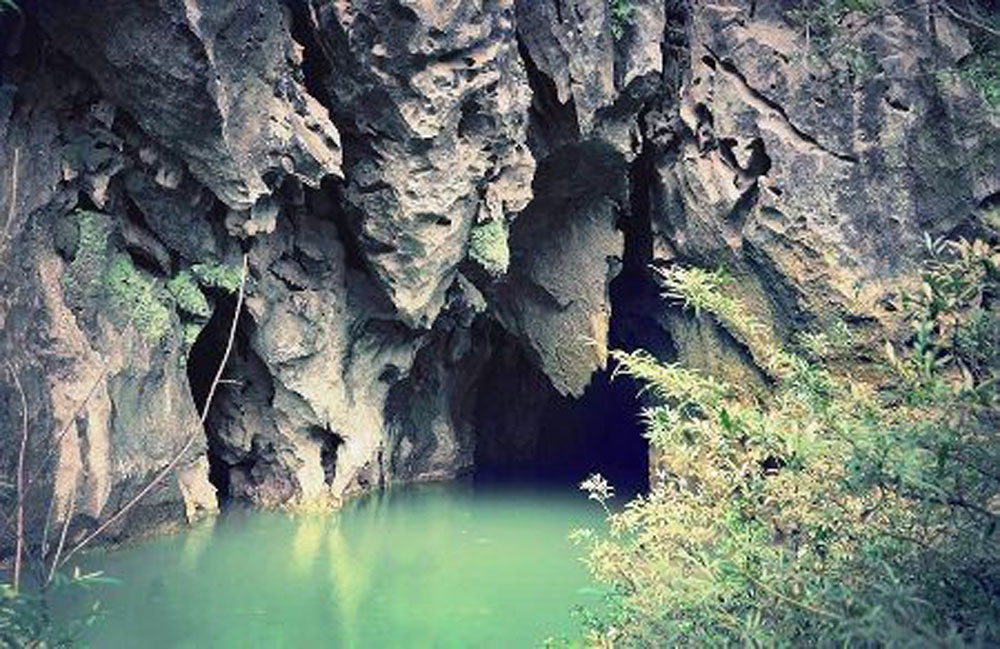 In the middle of the valley is Thuy Cung cave with a strangely blue watercolor. Unlike Nuoc Lan cave with jutting rocks of various shapes.

In Thuy Cung cave, the water is gentler and more feminine with a jade green color. 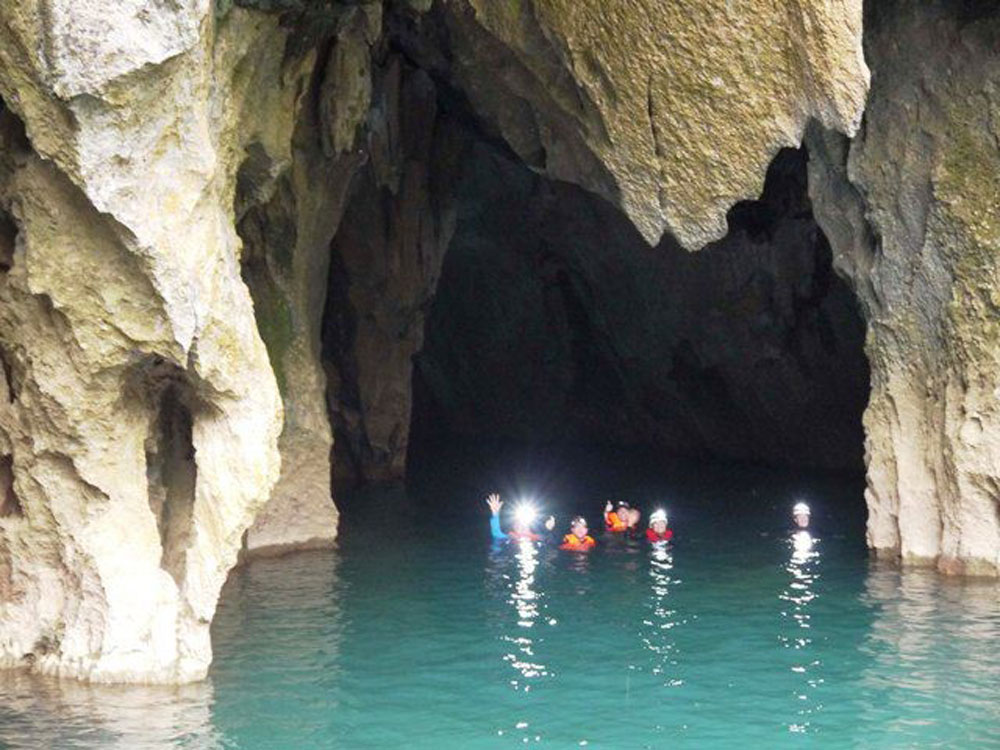 When it was first discovered, Thuy Cung cave was named Nuoc Xanh cave. Because of its strange blue watercolor and hidden many thrilling elements.

Up to now, the expedition has not determined where that blue water originates and why it is so blue, only knowing that the water from Thuy Cung cave flows abundantly along the Tien stream to Nuoc Lan cave and pours leisurely to the Dark cave. 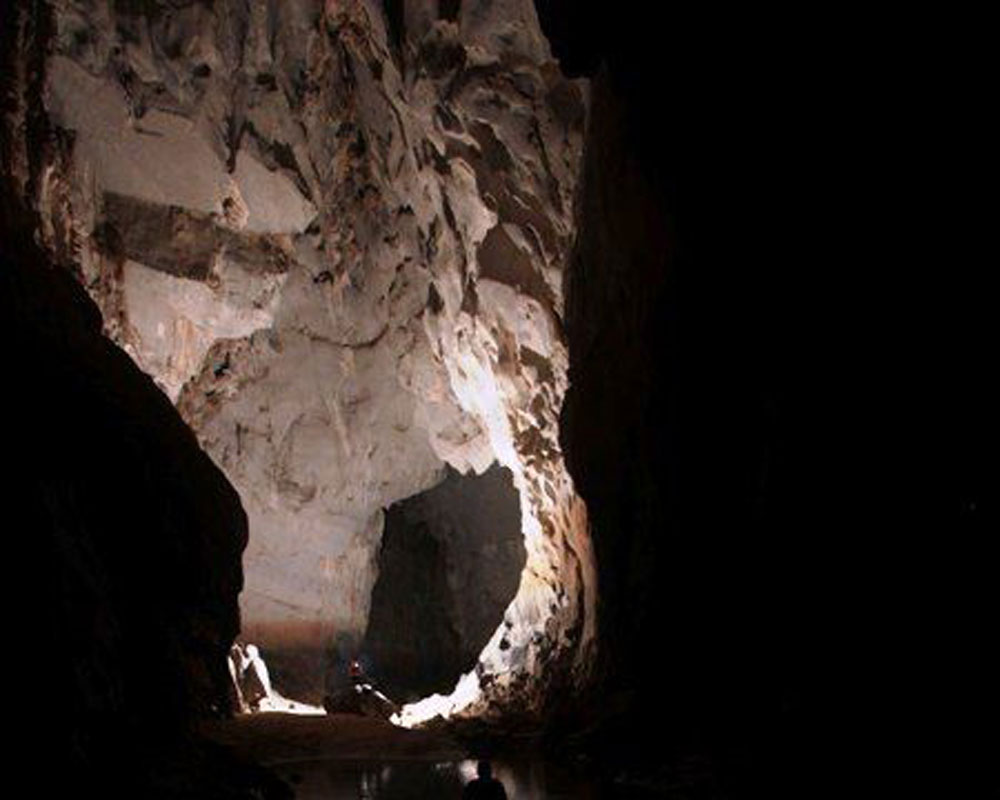 The deeper visitors go inside, they can see the cave as an underwater aquarium with colorful stalactites, mysterious lines, and even a long resounding sound when people call together…

The Sinh Ton Valley in Phong Nha – Ke Bang is located in the middle of a vast primeval forest of thousands of hectares, surrounded by huge limestone mountains. In the middle is Thuy Cung cave with cool, blue watercolors, creating so a beautiful scene to bewitch.

The time for this tour can be going back in the day or two days and one night (one night experience in the primeval forest)./.