Son Doong cave is recorded the largest cave in the world, the cave located in Son Trach Commune, Bo Trach district, Quang Binh Province, Vietnam. It was first found by a local farmer namely Ho Khanh in 1991 but he then forgot the way to come back. The cave recently discovered in 2009 by British cavers, led by Howard Limbert. The name “Son Doong” means “mountain river cave”. 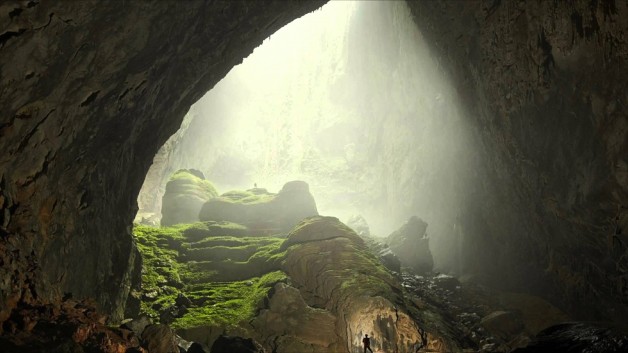 The Son Doong Cave in Vietnam’s Quang Binh Province is said to be 8.5 kilometers long, 200 meters wide and 150 meters tall. The cave was created 2 – 5 million years ago by river water eroding limestone underneath a mountain

The cave situated below another cave in Phong Nha – Ke Bang, though its entry passage is very difficult to traverse. The exploration team said they had set foot on just 6.5 kilometers along the cave, as there is a large amount of fast flowing water inside Son Dong. It takes explorers 6 hours of walking through a 10 kilometer long forest path from Truong Son Highway to reach the mouth of Son Doong cave. 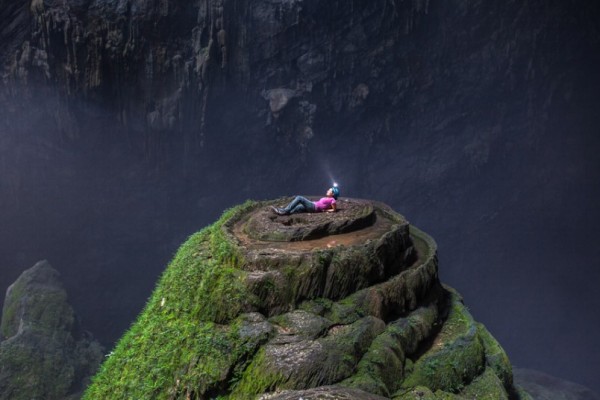 Tourists can join a tour but to get to the cave mouth is an adventure in itself
An adventure trip to the cave of Son Doong should be from Quang Binh province which is 180KM from Hue, nearly 570KM from Hanoi. There is an airport in Dong Hoi City (Dong Hoi is the provincial capital of Quang Binh) and it takes 1 hour for a flight from Hanoi or 1hour, 30 minutes flight from Saigon, Ho Chi Minh City