The beauty of Tien Son Grotto

In Tien Son Grotto, some look like a man or an animal, and there is one that looks like the Learning Tower of Pisa in Italy.

Tien Son Grotto is more than 980m long. Going into the cave for about 400m, visitors will see an abyss, about 10m deep. Then comes another part of the cave, about 500m long is rather dangerous for walking. At present, nearly 400m of the cave have been installed with lighting system to make it safe for visitors. 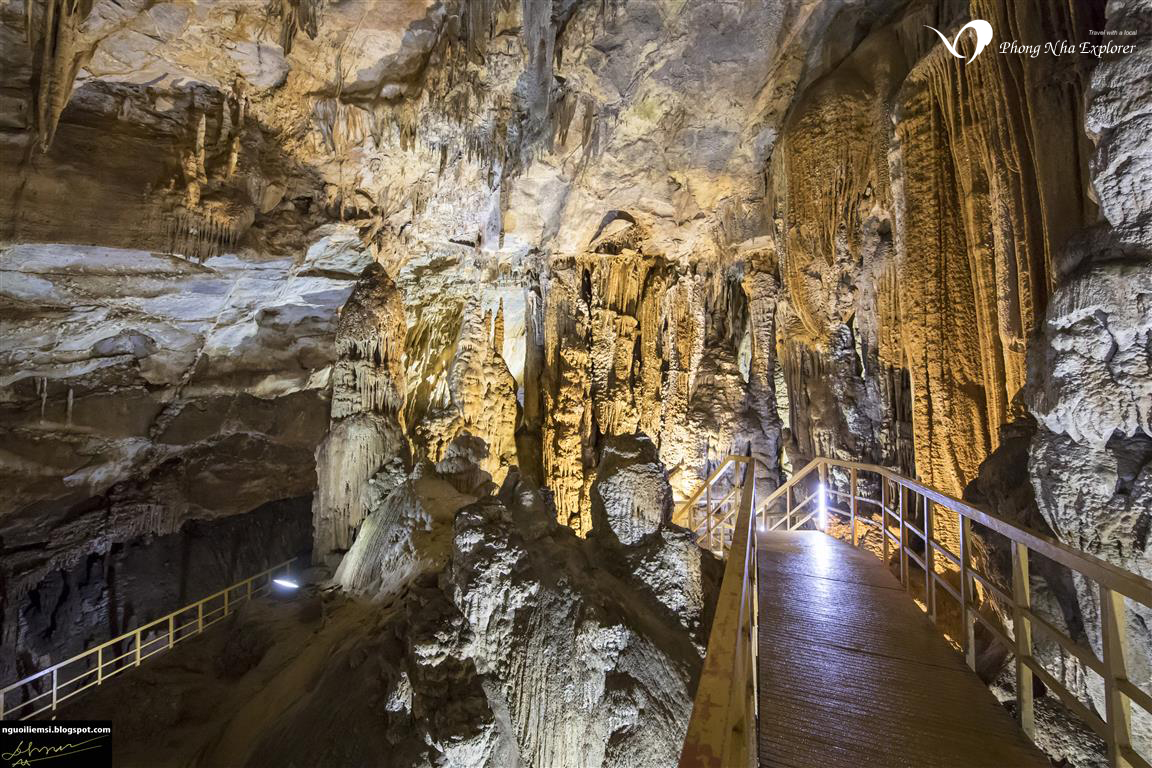 Some look like a man or an animal, and there is one that looks like the Learning Tower of Pisa in Italy. On the cave ceiling, there are glittering gold and silver-like veins. Some stalagmites produce an echoing sound when slightly knocked. 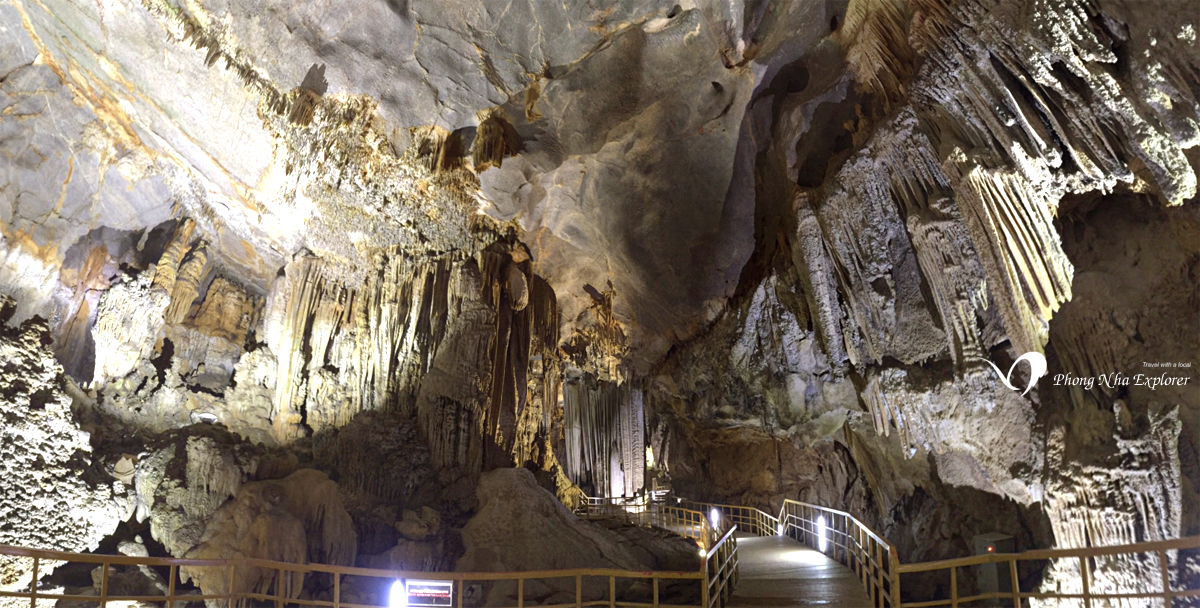 Limber Howard, Chief of the British Royal Team of Cave Researchers, who visited and made studies of the site, said that Tien Son Grotto may have been formed tens of millions of years ago. A river ran through the limestone mountain and eroded it.

Then huge rocks fell, separated the mountain and form the cave. An under ground river ran through the lower part of the mountain, creating Phong Nha Grotto.